El Niño weather patterns are appearing over the Pacific Ocean. That could mean a drier-than-average winter wet season for the Pacific Northwest.

U.S. Department of Agriculture meteorologist Brad Rippey said via the USDA Radio Newsline that signs are present in the Equatorial Pacific.

“As we move into early December, we are about one-fifth of the way through the western wet season,” Rippey said. “Over the past several weeks, we have seen the atmospheric configuration pattern that is very consistent with El Niño.”

Typically, these weather patterns mean a drier winter for western regions of the U.S. and Canada. Early snowpack measurements are indicative of that being the case, Rippey added.

“When you look at precipitation totals and snow-water equivalencies across the west, we’re starting to see a pattern emerge that we have very low early-season snowpacks in the Northwest,” Rippey said. “Much more significant snowpacks have built up … southward into California, the Great Basin and the central and southern Rockies.

In late August, the Climate Prediction Center, which is part of the National Weather Service, called for a 70-percent chance of an El Niño winter.

What is El Niño?

El Niño and La Niña are opposite phases of what is known as the El Niño-Southern Oscillation (ENSO) cycle, the National Oceanic and Atmospheric Administration describes. The ENSO cycle is a scientific term that describes the fluctuations in temperature between the ocean and atmosphere in the east-central Equatorial Pacific. The area measured is approximately between the International Date Line and 120 degrees West.

El Niño often results in warmer-than-average temperatures over western and central Canada and over the western and northern U.S. In addition, drier-than-average conditions can be expected in the Ohio Valley and the Pacific Northwest. 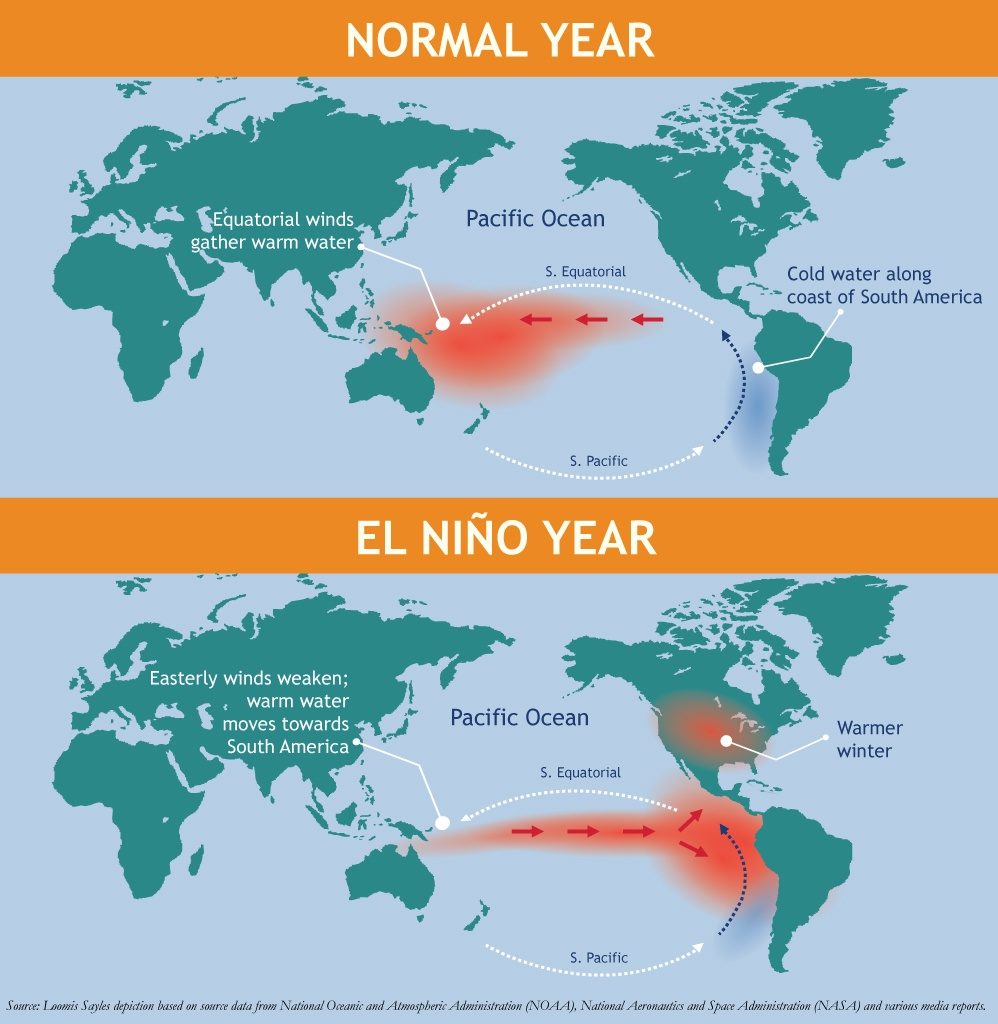